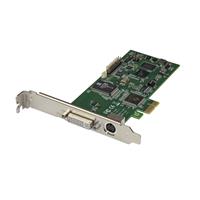 Capture and convert an S-Video or Composite video on your PC or Mac®, as digital media

Capture a High-Definition HDMI, DVI, VGA, or Component Video source to your PC