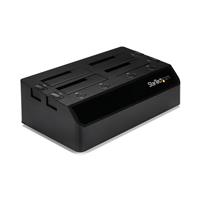 Get the most out of your SATA III (Gbps) solid state drives and hybrid drives with this UASP (USB Attached SCSI Protocol) enhanced hard drive docking station. With performance up to 70% faster than conventional USB 3.0 when paired with a UASP-enabled host controller, UASP ensures high performance by reducing bottleneck. See our UASP testing results below for further details.

The hard drive dock features independently-powered SATA connectors for each individual drive, ensuring you can operate drives separately. This gives you the freedom to hot-swap one drive while transferring data to another, saving you time. Plus, the built-in fans keep your drives running cool, ensuring optimal performance and helps to prevent premature drive failure.

SDOCK4U33 is backed by a StarTech.com 2-year warranty and free lifetime technical support. 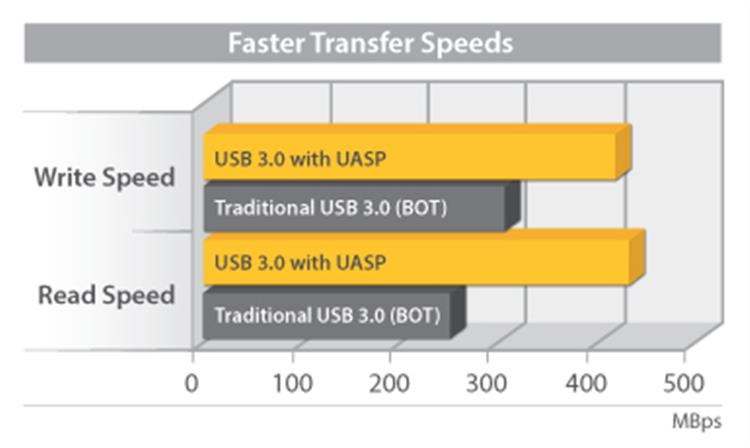 Enable fast, swappable access to your 2.5in or 3.5in SATA hard drives, through USB 3.0

Add one internal and one external SuperSpeed USB 3.0 to your PC