This USB-C to HDMI MST Hub lets you connect two HDMI monitors to your USB Type-C Windows device, conveniently helping you to maximize your productivity.

With devices becoming more portable than ever, you can be limited to fewer video outputs and confined to your small integrated screen. This multi-stream transport hub solves that problem by enabling you to connect two separate displays to your USB-C computer, making multi-tasking much easier. Using this USB-C to HDMI video splitter, you can mirror your display onto additional monitors or stream independent content to each display, which makes it the ideal accessory for travel or hot-desking. 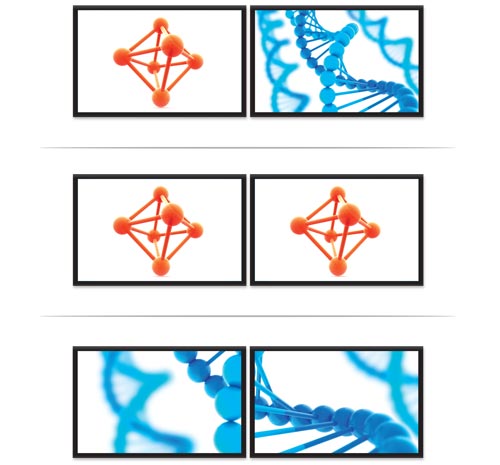 MST technology uses your existing video card to minimize the use of system resources, while delivering UHD 4K resolutions for two monitors or displays simultaneously. With support for HD 1080p and UHD 4K the USB-C hub is perfect for all high-resolution applications such as graphic design and CAD drawing.

Multi-stream transport offers an easy setup by natively working on any Windows device that supports DP Alt Mode over USB Type-C. This USB-C to HDMI hub is Thunderbolt 3 compatible, and offers plug-and-play installation with no drivers or software required. Additionally, this dual-monitor splitter is powered by the USB-C port, meaning no external power cords are necessary.

MSTCDP122HD is backed by a StarTech.com 3-year warranty, and free lifetime technical support.

I’m not seeing a video signal on the displays or all displays show the same thing. How do I fix this?

The video signal is flickering. How do I fix this?

When you troubleshoot issues with an MST hub, there are some quick tests that you can complete to rule out potential problems. You can test to make sure that the following components are working correctly and are not the source of the issue:

When you test the MST hub with your computer system, do the following:

Note: Drivers are not required for the MST hub.

To check to see if Windows is detecting the monitor, on a computer that is running a version of Windows 8 or Windows 10, do the following:

To check to see if Windows is detecting the monitor, on a computer that is running a version of Windows 7, do the following:

My monitors are flickering when used through my MST hub. What do I do?

If you are experiencing flickering issues with the MST hub, your monitors may be at a 59 Hz refresh rate. If they are at 59 Hz, you need to adjust the refresh rate to 60 Hz. In order to change your monitor's refresh rate, complete the following:

Note: This step may vary depending on your operating system and graphics card.

Some or all of my monitors are not waking up after my computer or tablet comes back from Sleep mode. What do I do?

If the displays connected to your MST hub do not wake up after your computer goes to sleep, change the input on the monitor(s) from Auto to the correct input (for example, DisplayPort or HDMI). This prompts the monitor to send its identification data to the correct port instead of scanning for ports when the signal is lost.

After you select the correct input on the monitor(s), press the Scan button to initiate the handshake (EDID) process. For more information on the Scan button, refer to the following FAQ: http://www.startech.com/faq/mst-hubs-scan-button.

If you set the monitor to the correct video port and press the Scan button and the issue is still not resolved, you need to disable sleep mode on your computer. To disable sleep on a computer running a version of Windows, complete the following:

Note: Depending on how you have the View by options set in Control Panel, you might have to click Hardware and Sound to see Power Options.

My mouse does not move properly between my monitors; what do I do?

In order for your mouse to move properly between your monitors you must rearrange your monitors in Windows to match the physical location of your monitors on your desk. To do so, complete the following based on your operating system:

To mirror the image from your primary monitor instead of extending your desktop, refer to the following FAQ: http://www.startech.com/faq/Windows_Mirroring_Monitors

How do I arrange extended displays on Windows 10?

To arrange extended displays on Windows 10, complete the following.

What is an MST hub, and how can I tell if it will work in my setup?

You may have heard of MST hubs, and have been wondering what they are, and whether or not they will work in your setup.

So how can you tell if you can use a MST hub?  MST hubs require that the video card's DisplayPort or Mini DisplayPort output support DP1.2 or greater, which supports MST.  Some MST hubs also specifically require HBR2, or High Bit Rate 2 support.  HBR2 allows for higher resolutions like 4K and up.  You can check whether or not a StarTech.com MST hub requires HBR2 on the individual product pages, under the Technical Specifications tab.

There are a few other important things to note.

Currently Mac OSX does not support MST hubs, regardless of whether or not the video card does.  This is an operating system restriction, so running Windows on an Apple computer through a program like Bootcamp will allow you to use MST hubs.

Will this MST hub work in Mac OSX?

Recent versions of DisplayPort include the ability to split to multiple displays from one DisplayPort connection using Multi-Stream Transport (MST).

Although you will be able to connect the MST hub to the Mini DisplayPort (mDP) connection on your Mac, Mac OSX does not support MST for NVIDIA and Intel Graphics Processor Units (GPUs). This results in a mirrored image across the outputs of a MST hub and you will not be able to have multiple independent displays on your Mac.

The limitation of NVIDIA and Intel GPUs lies within Mac OSX. If a different operating system is used, such as Microsoft Windows via Bootcamp, you may be able to use the MST functionality of your Mac.

Will this MST hub allow me to get around my video card's maximum number of displays?

If you have multiple MST hubs connected to the same computer and are experiencing display issues, you should check your video card to make sure that it can support the number of displays that you are using in your setup.

If you use an MST hub in your setup, your video card also needs to be compatible with MST technology. For more information, refer to the following FAQ: https://www.startech.com/faq/mst-hubs-gpu-compatibility.

USB-C is a type of USB connector that is capable of supporting the following:

If using Thunderbolt 3 over USB-C, the connection is capable of additional features. For example, Thunderbolt 3 is capable of 40Gbps of total bandwidth. For more information, refer to the following FAQ: https://www.startech.com/faq/thunderbolt-3-port-capabilities.

What do I need in my setup to make sure this USB-C device will work?

This USB-C device requires that all of the following components support alternate modes:

For more information about the modes that your setup components support, refer to the information provided by the manufacturers.